Richard Branson, Founder of the Virgin Group and author, disclosed on his blog that the secret to success is to “write it down.” He shares, “Ever since I was a child I have made lists of all kinds, including short-term tasks, long-term goals and resolutions. It’s how I make sense of the world, bring order to the ideas in my head, and start turning them into action.”

I believe him. I have lists and lists for everything. It’s how I was able to keep everything in order and stay on top of everything for many years. The real key to success isn’t just about writing it down but also how you organize and manage your lists. Here are some ideas:

Keep lists of everything you need to buy. I organize my lists by store so when I’m in that store, I pull up my list and don’t forget to buy anything. A great app for this is AnyList which allows you to share your shopping lists.

The key here is to only have one to-do list and make sure you always have it with you. Most people I talk to have lists in all different places, their work notebook, their phone, Post-It Notes and in their head. When it comes down to it, items get forgotten or fall through the cracks. Most people always have their phones with them so I use the task management app, priorigami: the art of productivity, to store all my to-dos in one place.

I keep lists of books I want to read, shows I want to watch, movies I want to see, restaurants I want to try, places I want to visit and people I want to catch up with so whenever I have some free time, I quickly scan through my lists and find something to do. I keep these in the Notes section of my phone so I can quickly access them.

I am a strong believer in documenting completed tasks and accomplishments because it makes you feel good and motivates you to do more. I have kept a Done list in various forms for over 20 years.

If you want to learn more about how lists can help you become more productive, check out Paula Rizzo’s book, Listful Thinking. It’s an easy read. If you want to have some fun with lists, try Listography: Your Life in Lists which is a series of journals of lists.

TRY THIS OUT: What lists do you currently maintain? Which work for you and which ones don’t? What lists might be helpful for you to have? What’s the best format for your list and where should you keep it to make sure it’s readily available when needed. 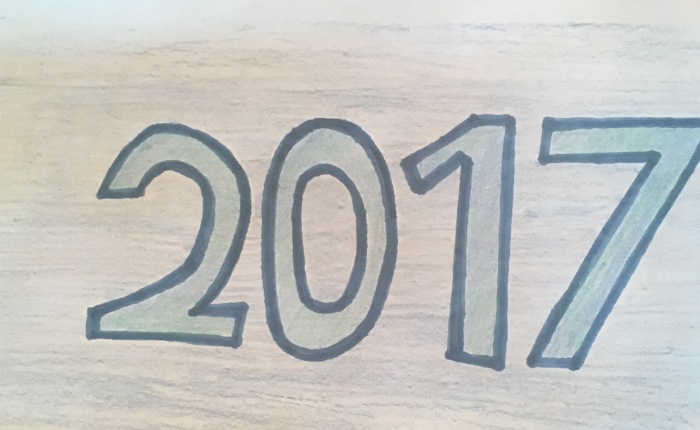 We spend so much time worrying about all the little things that need our attention and need to get done. The start of a new year is a great time to think about the big picture. Take some time now to think about what over-arching thing would you like to improve, change or accomplish this year. Be sure to only pick one thing. Any more than one is too much.

Think of it as coming up with your personal theme for the year. One year, I wanted to focus on embracing change. Another year I decided to work on becoming a better listener. You may want to become more productive or patient or achieve a specific goal like writing a book or launching a new product. Perhaps you want to lose weight or eat healthier, save money or read more. It doesn’t matter what you choose to do so long as it’s one thing and it is a SMART goal that is specific and measurable.

That’s the starting point and for many, unfortunately that’s also often the end of it as well. Once you have selected a theme, then what? You get busy, people demand your attention, you get distracted by other things and before you know it, several months have passed by. Sound familiar?

It doesn’t have to end at the beginning. Once you have selected your annual theme, devote some time to thinking about the specific things you will do to achieve that goal or make that change. Write down distinct, measurable tasks that can be done in a set amount of time. Then, take that list and prioritize it. Start by selecting the top three first, knowing that you can always go back and pick a few more. You can use a task management app like priorigami: the art of productivity to help you track and prioritize your tasks.

When you have identified your top three priority tasks, schedule time on your calendar to get them done. This piece is critical. The only sure-fire way to get something done is to schedule it. And just to be safe, schedule a backup time as well in case something comes up preventing you from tackling it the first time.

Just as important as completing tasks, is documenting your progress. One easy and reliable way to track your progress is by keeping a Done list. It will feel good and it’s a good motivator to visually see what you have accomplished. Also, hopefully you’ll be seeing real world benefits as well.

TRY THIS OUT: What’s your personal theme for 2017? What are some specific tasks that you can do to achieve your goal? Prioritize three of them and schedule time on your calendar to get them done this month.